The Prince George’s County public school system saw academic gains over the last four years. This prompted County Executive Rushern L. Baker, III to renew PGCPS Chief Executive Officer Dr. Kevin M. Maxwell’s contract. Baker made the announcement Friday, along with business and education leaders and parents at the DuVal High School in Lanham.The aeronautical engineering program at DuVal High School was created during Dr. Maxwell’s administration. The program has proven to be a major access for the school and has been deemed as state-of-the-art.

Dr. Maxwell requested reappointment as required by state law in a January 31, 2017 latter. Mr. Baker had until March 1, 2017 to consider Maxwell’s request. The new contract will end June 30, 2021 and will make Dr. Maxwell the first Prince George’s County Public School superintendent to serve more than on term in nearly 25 years.

“We’ve seen a profound shift in the culture, outcomes and progress within Prince George’s County Public Schools,” said County Executive Baker. “This reappointment is recognition that our system is innovating and our students are succeeding. I am proud to reappoint Dr. Maxwell to a four-year term. I am confident that our schools will continue to reach new heights under his leadership.”

Dr. Watkins said during the event that he was gratified and humbled by County Executive Baker’s decision to reappoint him to a second term.

The Prince George’s County Public School System has flourished under Dr. Maxwell’s leadership. The high school graduation rates increased 7.3 percentage points, to a record-high of 81.4 percent. This was the first time, since 2010 the system-wide graduation rate exceeded 80 percent. 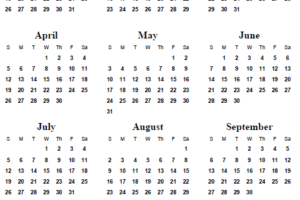