Wild west art has always been one of the most popular types of fine art globally. Paintings that depict the wild West are typically detailed and larger than life, capturing the essence of how it was like to live in this dangerous yet exciting period.

In fact, it’s impossible to deny the unique, rugged appeal of wild west art. The open range, dirt roads, and desolate landscapes paint the perfect backdrop for stories about the golden era of pioneers and cowboys.

By delving into this exciting art genre and looking at some of the most famous wild west artworks of all time, you can get a better sense of what makes it so alluring and fascinating.

Wild west art refers to the paintings that depict the lifestyle and ways of life in the Western Hemisphere, such as Canada, the United States, and Latin America during the nineteenth century and early twentieth century.

To be classified as the wild West, a painting had to depict a quintessential image of rough and raw western life. Cowboys and Indians or Native Americans are the must-have elements in true wild west paintings. From depictions of cowboys, Native Americans, outlaws, sheriffs, and stagecoaches, it was all fair game for real western artists.

These days, however, wild west art has evolved into a genre that depicts more than just images of cowboy culture; instead, it also includes imagery from other facets of Western American history, including mining towns and pioneer life.

Old West paintings are mostly done by professional artists who have spent a good amount of time in their research to understand western art style. An excellent wild west painting always reminds one of America’s romantic past, which was filled with conflict and difficulties, yet brave people stood tall and fought it out till they got what they wanted.

You can learn about wild west paintings that tell a story of adventure and bravery like no other artwork can do. The most captivating aspect of wild west art is its attention to detail.

The most captivating aspect of wild west art is its attention to detail. Many artists like to include native species, such as buffalo and deer. In addition, painters often choose to paint their subjects riding on horseback in action poses. Artists may also choose dramatic backdrops in the active wild west paintings for their subject matter; for example, a mountain range or thundering storm in plain view.

Moreover, western artists often depict rugged, dangerous landscapes where man has to stand up against nature and fight for survival. The landscape in most wild west paintings is usually like a desert or snow-capped mountains. Wild west painters try to capture every detail with vivid colour schemes on their canvas. The background comes in hues of orange, red, blue, yellow, or even green but never just black.

While painting any object, they try to emphasise its texture by adding a realistic feel to it. For example, if they are painting an old rusty wagon wheel, they will paint it as if you can see all its rusts and cracks through your eyes. In addition, they use bright colours to create an illusion of depth while depicting objects close by and duller colours while depicting objects far away from you so that you can distinguish between them easily.

Charles Marion Russell, Frederic Remington, and Albert Bierstadt are some of the most famous artists who have contributed to creating wild west paintings that have stood the test of time.

The Cowboy by Frederic Remington

Fredrick Remington produced some of the most influential wild west paintings. In 1902, he made The Cowboy, which showcases his ability to capture wild west moments. The solitary cowboy is portrayed as an iconic American hero riding on a horse in a prairie. The strokes used in this active wild west paintings are simple and less detailed in drawing that accurately captures rugged terrains.

This painting exudes excitement as it shows how cowboys lived life at that time. They were always ready for action because they never knew what would happen next. They had to keep their wits about them all time because danger lurked around every corner.

The Tenderfoot by Charles Marion Russell 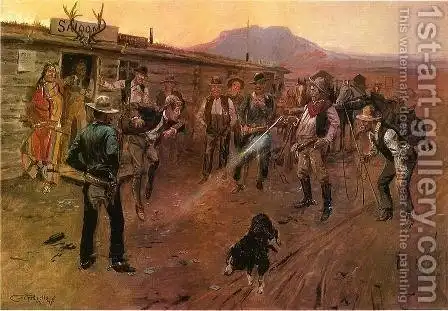 Charles Marion Russell, the painter of the American West, was at his best in scenes of western humour and pathos such as The Tenderfoot. Of course, Russell painted other versions of cowboy fun, but the tenderfoot who dances to the tune of a 45 quickly becomes an icon of Western culture.

In this wild west masterpiece, the artist shows us the shenanigans that occurred in the West. The scenario depicts a rite of passage from where the tenderfoot will be introduced to the wild and accessible way of life in the West. The people in the painting are friendly, and it seems like everyone is having a good time, even though they are tormenting the tenderfoot.

When looking closely, you can see Russell has included himself in the frame- sitting with his back to the wall on the right side of the door.

The Last of the Buffalo II by Albert Bierstadt 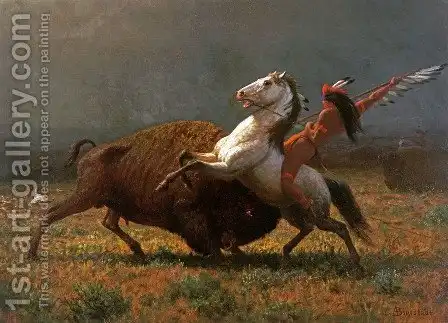 Bierstadt’s final great western painting, The Last of the Buffalo, is one of his most realistic and sophisticated pieces. It effortlessly showcases Albert Bierstadt’s talent at capturing the wild and dangerous world of the American frontier.

With its depiction of the Great Plains, this Western landscape is strongly influenced by the flatlands of North America. Using the knowledge he had from his work in the West, Bierstadt presents a grand panoramic scene exploring the plains.

The Last of the Buffalo is an iconic painting by Albert Bierstadt that captures a moment of struggle between a Native American and grand buffalo. The details are breathtaking, from the soft flanks of the buffalo to the loose and flowing tresses.

Some painting themes never lose their attraction and relevance for viewers. Wild west paintings are a perfect example of these. They represent those times when everyone wanted to be an individual, live dangerously, and chase dreams away from civilization. And the famous western art artists have delved into the heart of the old West and created masterpieces that continue to inspire generations. 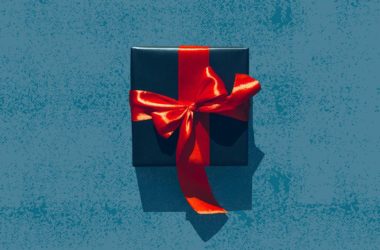 Unique gifts suggestions for your grandma this year

Table of Contents Hide What about formal birthday gifts? What can your grandmother love on her 50th birthday? Go for… 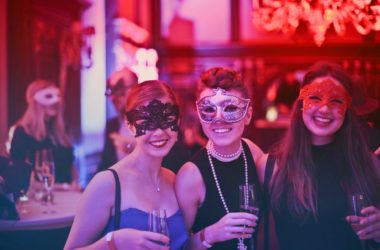 Different Ways You Can Have the Best Bachelorette Party 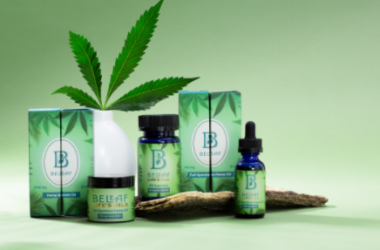 How Much Effective is CBD Oil for Anxiety?