Just when we thought that nothing can surprise us in the world of cryptocurrencies, we quickly realized we were wrong.

It took us a decade to accept the fact that decentralized money and Bitcoin (as the first cryptocurrency ever invented) are not just a seasonal event, but are rather here to stay. And change the global economy, the way we perceive money and the way we approach investing. A lot of things have happened during that time, until today.

First of all, more than 2,000 other cryptocurrencies have seen the light of the day. Bitcoin got some serious competitors in the crypto market, and the world got a good amount of money and billionaire investors. They weren’t scared to believe in alternative approaches to trading, and to bypass traditional banking systems, governmental organizations and institutions – focusing on a completely different success scheme.

But aside from typical cryptocurrencies, the phenomenon that is shaking up both the crypto world and, well, the non-crypto rest of it, are most certainly – NFTs.

As you may already know, NFTs are the hottest trend right now, and what’s special about them is the fact that they make a great asset to invest in. And they have a shape. Unlike any blockchain transactions. They come in different colors, sizes, durations and tones. Non-fungible tokens are art, whether those are simple JPEGs, doodles and drawings that look like they’re created in MS Paint, or they are real works of art, videos, GIFs or music pieces. Almost anything can be an NFT, as long as it’s digitized – transformed into tokens, and uploaded on a trading platform.

However, as NFTs were originally based on Ethereum, a crypto platform that is also blockchain-based, and the second biggest after BTC, and people were minting non-fungible tokens (minting is a process somewhat alike to mining of Bitcoin) and paying extremely high fees (called gas fees); something else has found its place on the market. That is – Solana.

Colloquially speaking, as an alternative to the alternative, Solana – a platform that’s based on Blockchain technology, with its cryptocurrency called Solana as well – has proven to be the best crypto concept that’s currently available. Especially compared to its competitors, as the previously mentioned Ethereum. Unlike the ETH high gas fees, and slow transaction system, Solana offers a tremendously faster technology that’s able to process transactions instantly, with much lower fees. Sounds like a worthy advantage!

As a consequence of this rising system, people have started minting NFTs on Solana, aside from Ethereum. Finally, all of this resulted in a fantastic fusion between these two systems and it is called – Solchicks.

What are Solchicks and how do they work? What is the main goal of Solchicks, the latest NFT game, and why do people love playing it that much? Some of the more experienced players on the Solchicks discord community have been talking about this for months, and that is for a good reason. The blockchain community seems to be crazy about this game, and the anticipation that’s been created around it is a good indicator of the game’s future success.

According to solchicks.io, Solchicks is a fairly new PVP NFT game that is meant to be a fun and fast paced competitive game for competitive players. This means that the game has a lot of content, a lot of depth, and a lot of complexity. Its name is derived from two key elements, and those are SOL – which stands for Solana and Chicks – which stands for a special collection of NFTs that are being used as characters, when you play the game. This collection consists of around 10,000 SolChicks – battle chickens.

These chickens all have special battling and other abilities that make them different from other ordinary chickens. There are five categories of $Chicks, depending on their features and rarity. The first one and the easiest one to get a chicken from is called common, while legendary Solchicks are the hardest to get with the lowest chance of occurring. When it comes to how these non fungible tokens look, their design varies from parts of their bodies, to their clothing and accessories.

If you want to indulge in the game, you firstly need to purchase two SolChick NFTs, which will be your character in the game. Your main goal will be to fight the SolFox, which is the biggest enemy of the SolChick species, since the SolFox invaded their planet (with the name of Chicco).

What’s amazing about this game is the fact that it’s a play-to-earn game, while at the same time, it is an attention-grabbing and complex fantasy playing game that combines different game elements such as MMORPG, Battle-Royale and many more. What does this mean for you? It means that you can both profit from it and have so much fun during the process!

It has unparalleled features with mesmerizing design and unique ecosystems. On top of all that, you can get paid to play this game or in other words: you are getting rewarded for the amount of time you spend playing it. This seems to be the perfect chance to get rewarded for your commitment to such an exciting project.

You can be a part of team battles, you can win prizes and match with other players, and join teams in the game. You can show your skills and strengths to other players, do quests, level up your SolChicks by training them and bond with them by taking good care of them. There are also dozens of other amazing features such as breeding, occupations, gangs and farming of SolChicks.

There are multiple ways for you to earn money from this game and the first one is logically, being a part of it. The amount of time and effort you put into playing this game will be profitable: rewarded with either chick tokens or Solana coins. Also, the SoulChick NFTs that you’ve bought or got during the game can be traded just like any other NFTs, or in-game assets, specifically. If you’ve created your own SoulChick NFTs (during the process that’s called breeding) you can sell them as a creator and get a percentage of every next transaction. Finally, by earning SOL, you can invest more in the game, or simply have more coins in your digital wallet.

If all of this doesn’t sound good enough, you can simply check out their demo, and you’ll realize why you should jump on board ASAP! 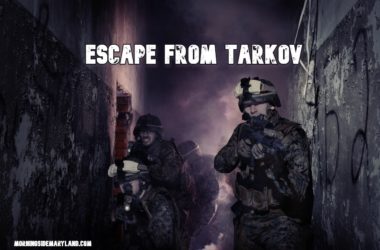 Escape from Tarkov suddenly became a topic of interest for many gamers, but why exactly is that? Let’s… 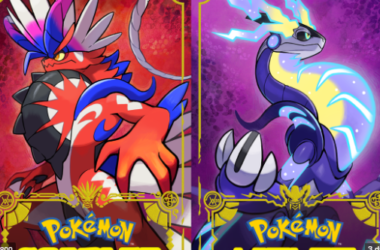 No matter the games you play or the gaming experience you have had, there could not be a… 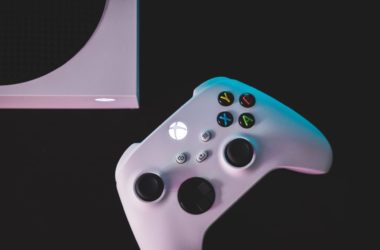 What is the Future of Gaming?

Table of Contents Hide From Spacewar! to Among UsMore VarietyPlatform-Free Gaming Video gaming has come a long way…