Spotify announced today it will begin to test a new service that gives artists more of a say in how their music is discovered on the Spotify platform. At launch, the service will allow artists and labels to identify music that’s a priority to them and Spotify will then add a signal to help the music get surfaced by its personalization algorithms.
While the new service is not a paid promotion and requires no upfront budget on artists’ or labels’ part, Spotify says that the artists, labels and rights holders will agree to be paid a “promotional recording royalty rate” for streams where the company provides the service. Streams that come from any other place in the app would not be impacted, however.
At launch, the promotional rate will apply only in select areas of Spotify’s app, including Spotify Radio and Autoplay. Promoted tracks won’t appear on other playlists, either algorithmic or editorial — though Spotify isn’t ruling out expansion to these areas in the future.
“We wanted to make the tools accessible and available to artists of any size, at any phase in their career,” explains Spotify Product Marketing Lead, Charleton Lamb, in describing the new service. That’s why the company won’t require an upfront payment from artists and labels, he says.
“We were looking for a model that was acceptable, more democratic and fair…The model is going to allow even really small artists to access promotions at the same terms of the biggest labels,” Lamb adds.
Image Credits: Spotify
The idea is that if a track does well due to the promotion, the rights holders would see an overall positive ROI as the music becomes more popular and sees increased plays outside of the areas where the lower, promotional rate applies. Artists can also turn off the promotions at any time if the tool is not having a positive financial benefit.
Spotify isn’t detailing the extent of the royalty rate change for promotions, saying that it may be adjusted as a result of the test.
The company also stresses it will take listener interest and enjoyment into consideration with this change. Spotify says if the music performs well, it will continue to promote it. But if it doesn’t, it will be pulled back.
“We won’t guarantee placement to labels or artists, and we only ever recommend music we think listeners will want to hear,” Spotify notes, in its public announcement.
Lamb clarifies this means users may hear a promoted track if they already listen to that genre or artist, but also if there are other signals that indicate a user may be receptive to the music. For example, users could come across the promoted track if the music was acoustically similar to what they already listen to. It could also be placed in front of the user if they listen to similar artists, or if people who have similar listening habits also listen to that music.
The reverse will also be true. If those who share a user’s listening habits are negatively responding to a promoted track — perhaps by skipping it in a session or choosing to stream less frequently from Radio, for instance — the music could be pulled back.
“If any kind of recommendation was causing a listener to respond negatively or show less interest in radio systems, then we would adjust how we’re recommending,” Lamb says.
This user feedback loop can quickly impact the extent with which the track is promoted, he also notes, as the recommendation pools for listeners are updated every 24 hours.
There is currently no limit to how many tracks that an artist or label can promote at once, nor any limit on the time frame of the promotion.
While artists can promote tracks of any recency, Spotify believes the largest focus for this tool would be on catalog music. For example, if the artist is looking to celebrate an album anniversary or take advantage of a “cultural moment.”
In other words, if an artist sees sudden viral success for an older track, this service could help. That’s something that’s happening with much more frequency these days, thanks to TikTok, which is helping surface older tunes when they get featured as the background track in viral videos.
For example, when TikTok user Nathan Apodaca — better known as @420doggface208 — recorded a video of himself skateboarding and drinking Ocean Spray’s Cran-Raspberry juice to Fleetwood Mac’s “Dreams,” the 1977 classic found itself back on the top charts.

TikTok said that from the video’s release on Sept. 25th to mid-October, the average daily uses of “Dreams” in TikTok videos climbed 1,380%, which then translated to a 374% jump in sales and an 89% jump in streams. This allowed the song to re-enter the Billboard Hot 100 at #21 after a 43-year absence. It also climbed to the Top Ten of Spotify’s Global and U.S. charts and hit #1 on Apple Music.
That’s precisely the type of “cultural moment” Spotify now aims to profit from.
Though the service is not exactly a “pay for play” model, it is a financially-tied service for music promotion that effectively allows Spotify to make more money when streams are “promoted” with the new tool.
Spotify has been inching its way into the pay for play market for years. In 2019, the company introduced a new feature that allows artists to buy a full-screen recommendation to promote their new album to users Spotify has identified as fans. Rolling Stone said each ad click cost 55 cents, citing internal documents.
Though the feature was targeted towards users who would be more likely to welcome such a notification, it was criticized as being a new form of payola — meaning labels that had the most money to spend would get the most play.
In previous years, Spotify had also been criticized for allowing payola to infiltrate its playlists. And the company famously angered its users in 2018 with an over-the-top Drake album promotion that placed the album and Drake’s image in sections of the app like Browse and Playlists, and used Drake’s image on playlists that didn’t even contain his music — like those featuring dance hits, pop, and more.
This new service, on the other hand, aims to counter some of the issues with past promotions, as it would favor pushing tracks to already receptive users — and it would do so in a less over-the-top way than with pop-up ads or overboard global promotions.
Spotify has tested the technology before now with a small number of partners, but says it will now begin to roll out the test and the promoted rate in the U.S.
During the test period, it will work with a small handful of labels, including both indies and majors, to gain a variety of feedback. Spotify says the feature will expand globally in the future.

Coupa Software snags Llamasoft for $1.5B to bring together spending and supply chain data 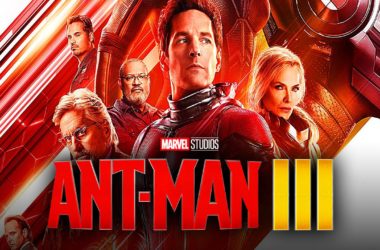 Table of Contents Hide  Production of the Ant-Man 3 MovieWhat will be the Cast of Ant-Man 3?Release Dates…

You can now easily download a version of Shazam for your Windows PC. It will easily allow you…