Today’s Senate hearing on immensely important legal protections for online platforms quickly proved to be little more than an excuse for Senators to accuse the CEOs of Twitter, Facebook and Google of partisan interference with next week’s election. The actual law being considered for revision was mentioned only a handful of times in the nearly four-hour hearing, the balance being taken up by partisan bickering and, ironically, misinformation.
The hearing, assembled and convened with naked haste in order to get ahead of the election, was dominated by Republican bullying and bloviating and Democratic expressions of distaste. Section 230, a law which is under serious and justified consideration for revision, was barely a footnote.
That the hearing, which promised “legislative proposals to modernize the decades-old law,” was thrown together at the last minute was evident from a lack of focus or coordination. When not mispronouncing Alphabet/Google CEO Sundar Pichai’s name, Senators asked redundant questions, presented scant and conflicting evidence of the practices they accused the companies of, and generally used the time to mint sound bites with little substance.
An excellent example of all this was the case, brought up three separate times by Republican senators, of tweets by the Iranian Ayatollah Khameini calling for war and questioning the Holocaust, which were not taken down, while Trump’s tweets regarding COVID-19 had warnings placed on them. Why, they asked again and again, does this not constitute a double standard and a clear example of bias against Trump?
Twitter CEO Jack Dorsey explained what should be a well-known fact by now, especially by legislators who purport to have an interest in this topic: that there is no policy for general misinformation and that world leaders get special consideration anyway, and that the policies that resulted in warnings placed on tweets lately relate specifically to public health and election-related misinformation. This issue has been raised before, you see, and the explanation is quite simple.

An irritable Sen. Ted Cruz (R-TX) shouted over the hearing’s guests, calling those three specifically “the greatest threat to free speech in America.”
Sen. John Thune (R-SD) accused the companies of not having sufficient “ideological diversity” in their leadership, and others asked the CEOs to report the party affiliations of their employees. (The CEOs said they don’t ask, though Pichai admitted to Thune’s obvious pleasure that the young, highly educated tech sector skews left.)
Sen. Marsha Blackburn (R-TN) said Twitter had “censored Donald Trump 65 times,” and Biden zero times, though as Dorsey pointed out none of Trump’s tweets have in fact been removed.
Sen. Mike Lee (R-UT) asserted that the companies were committing false advertising in saying they were not politically motivated. He then asked the CEOs to provide “examples of censoring liberals.” They bridled at being asked to tacitly admit what they do is censoring, but with that reservation did provide examples — which Lee dismissed as insufficient.
Sen. Ron Johnson (R-WS) accused the platforms of deliberately exerting influence on elections, citing as misinformation and political bias Twitter declining to take down a tweet that was obviously satirical.

Despite repeatedly claiming that the platforms were biased toward the left, the Republican contingent did not produce any examples of material from Democrats that should, in their estimation, have been taken down but was not. This seems an important part of making the argument, or it leaves open the distinct possibility that Republicans simply break the rules more.
Only Sen. Shelley Moore Capito (R-WV) didn’t get the memo, and proffered constructive, informed questions relating to Section 230. She asked the tech leaders whether they thought the law’s use of the phrase “otherwise objectionable” as a catch-all was too expansive. They replied unanimously (and predictably) that it was not, and that, as Alphabet/Google CEO Sundar Pichai put it, the wording “is the only reason we can intervene with certainty” in cases like the dangerous “Tide pod challenge” and other situations that aren’t covered specifically by the law. Sen. Capito, to all appearances, took their answers seriously.

The Democratic senators, for the most part, cannot be said to have addressed Section 230 substantively either, but a few took the opportunity to address the issue ostensibly at hand.
Sen. Tammy Baldwin (D-WI) asked about the failure of Facebook to take down the Kenosha Guard group, which was actively fomenting violence against protestors, despite hundreds of complaints. She managed to extract from Zuckerberg that Facebook had stopped making group recommendations based on political preferences, while it has worked to clean up its private groups, now notorious for conspiracies and violent militias.

Sen. Maria Cantwell (D-WA) had a timely reminder about what free speech actually is: “Maybe we need to have a history lesson from high school again — yes, free speech means that people can make outrageous statements about their beliefs. What the CEOs are telling us here is what their process is for taking down health care information that’s not true, that is a threat to the public, and information that is a threat to our democracy.”
The others primarily used their time to register their discontent with the obvious election-related motivations of the hearing.
Sen. Brian Schatz (D-HI) led the pack by declaring he would not take part. “I’ve never seen a hearing so close to an election on any topic, let alone on something that is so obviously a violation of our obligation under the law and the rules of the Senate to stay out of electioneering,” he said. “We never do this, and there’s a very good reason that we don’t call people before us to yell at them for not doing our bidding during an election. This hearing is a sham. I will be happy to participate in good faith, bipartisan hearings when the election is over.”
Sen. Ed Markey (D-MA) derided the “false narrative about anti-conservative bias,” saying “the issue is not that the companies before us today are taking too many posts down, the issue is they are leaving too many dangerous posts up, in fact amplifying harmful content.” Out of context this may seem an endorsement of censorship, but it’s clear that he was referring to things like deliberate disinformation campaigns, conspiracy theories and public health hazards.
Though Republicans had tried to downplay the idea that they were “working the refs” by saying that Facebook et al. shouldn’t be refs in the first place, Sen. Tom Udall (D-NM) explained that “when we say ‘work the refs,’ the U.S. government is the referee. The FCC, Congress, the presidency, and the Supreme Court are the referees.” He warned of the danger of federal laws aimed at actions, such as restricting the reach of the NY Post’s highly suspect story, that were in his opinion the right thing to do, if difficult to get exactly right the first time.

Sen. Tester (D-MT), clearly out of patience with his colleagues across the aisle, deplored the double standard he believed he saw: “We’ve heard a lot of information out here today where when you hire someone you’re supposed to ask them their political affiliation. If that business is run by a liberal, we’re gonna regulate ’em different than if they’re run by a conservative outfit,” he said.
“That reminds me a lot of the Supreme Court, where you have two sets of rules, one for a Democrat president, one for a Republican. This is baloney, folks.” If he could have dropped the mic, no doubt he would have.
As for the CEOs themselves, they hardly had a chance to get a word in edgewise except in their opening statements. When they did speak it was mainly to acknowledge that they need to work on transparency, but that they were doing their best in unprecedented circumstances with policies that must be reworked on a daily basis.
Reserve your sympathy for these poor captains of industry, however, until those companies answer for their role in producing the problems of mass disinformation in the first place.
This isn’t the last we’ll hear of this issue by a long shot, but with the election looming, unbelievably, in less than a week, the next time a hearing like this is held it will be under altered circumstances.

Ford will reveal its all-electric Transit van in November 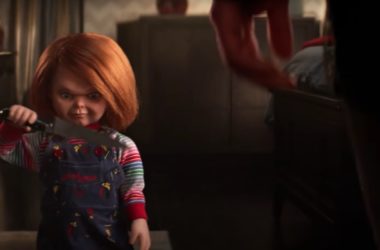 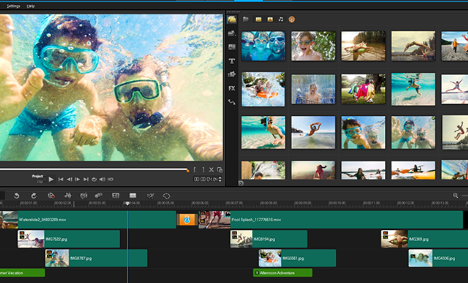 Knowing the perfect video editing software is of utmost importance for the marketing department of any organization. Mesmerizing…