Maryland’s low-income are struggling to pay their water bills, with rate increases being the driving factor. On Saturday, the House of Delegates approved a legislation that would give Marylanders, who owe unpaid water bills a year’s reprieve from threat of having their homes sold.

The legislation would have a major impact in Baltimore, but would apply statewide. The practice of selling someone’s home, when they fail to pay their bill would be suspended for a full year. The House also passed a related bill that would organize a task force to research new ways of enforcing people to pay their water charges without seizing their home.

With increasing rates, low-income Baltimoreans are finding it more difficult to afford the water bills. In 2016, over 315 owner-occupied properties were sent to tax sale due to unpaid water bills.

“We have a disproportionate number of low-income people and seniors,” said, a Baltimore Democrat. She went on to say that if the Senate approves the bill, hundreds of Baltimore residents would avoid losing their home over unpaid water bills.

The moratorium would take effect July 1, if it is enacted by the General Assembly and signed by Governor Larry Hogan.

Water companies are the only providers that are permitted to place a first lien to enforce unpaid water bills. Other utilities manage to collect overdue and unpaid bills without taking such drastic matters. This process supersedes all other liens and mortgages on the property.

The Food & Water Watch advocacy group rallied behind the House legislation. Some residents owe water bills ranging from $35,000 up to $81,000. 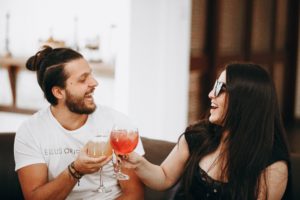