Alan Martin Bostom, 75, of Wellington, pled guilty to one count of making false statements related to a health care matter, in violation of Title 18, United States Code, Section 1035(a)(1).

According to court documents, Jasperson and Bostom were the owners of Angel’s Recovery, a business with multiple locations in Palm Beach County that purportedly operated as a licensed substance abuse service provider (or treatment center) offering clinical treatment services for persons suffering from alcohol and drug addiction. Angel’s Recovery also offered medication-based treatment for opioid addiction.

At different times, the defendants managed all aspects of Angel’s Recovery, including hiring and firing personnel, admitting and discharging patients, and making financial decisions. To secure a steady stream of patients, the defendants established illegal kickback/bribe relationships with owners of sober homes, in exchange for referring the sober homes’ insured residents to Angel’s Recovery for treatment. Sober homes were purportedly in the business of providing safe and drug-free residences for individuals suffering from drug and alcohol addiction. The defendants provided the money used to purchase or rent several properties used as “sober homes,” although the purchase agreements or leases would bear the names of third parties.

The defendants and co-conspirators provided kickbacks and bribes, in the form of free or reduced rent, insurance premium payments, and other benefits to individuals with insurance who agreed to reside at the sober homes and attend drug treatment, which included regular and random drug testing (typically three or more times per week), so that members of the conspiracy could bill the testing and treatment to the residents’ insurance plans. To disguise kickbacks and bribes to patients, the defendants used a separate entity to pay insurance premiums for patients of Angel’s Recovery so that Angel’s Recovery could continue to bill the patients’ insurance companies for treatment expenses.

Jasperson and Bostom hired a doctor to serve as the medical director of Angel’s Recovery who frequently pre-signed prescriptions that were used to dispense controlled substances to patients of Angel’s Recovery by other employees.  After the doctor’s medical license was suspended, the defendants continued to employ him and failed to inform the Florida Department of Children and Families because it could not continue to operate as a licensed facility without a licensed medical director. 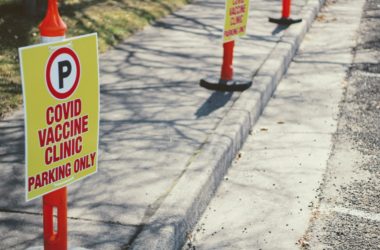 Table of Contents Hide OverviewEligibilityVaccination Sites In Maryland How Will You Make An Appointment to Get Vaccinated?Precautionary Note In…