M&T Bank, second largest bank in the region, announced Thursday it would move its regional headquarters to One Light Street in downtown Baltimore by the end of 2018.

The relocation will allow all M&T employees housed in the regional headquarters at 25 South Charles Street and South Calvert Street office to work under one roof. M&T announced it had signed a 15-year lease with two five-year renewal options.

The Buffalo-based Bank will take occupancy of 155,000 square feet across six floors of the glass tower, which is currently under construction. M&T, along with CIT Group Inc. and Natixis are financiers on the project.

The building once complete will feature 280 new luxury apartments with a pool and club, 5,000 square feet of retail space, a parking garage and 780,941 square feet of Class A office space.

“The development at One Light Street is an important project which is buoyed by M&T Bank making the decision to locate its headquarters there,” said President and CEO of the Baltimore Development Corp. William H. Cole in a statement. 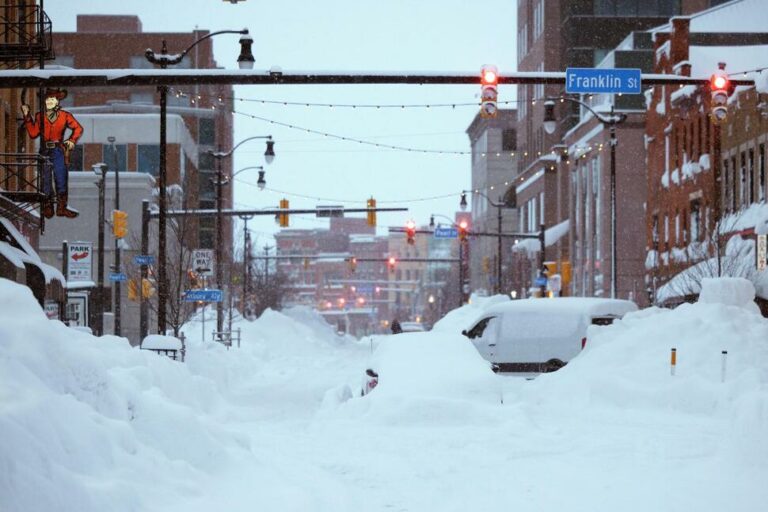 Table of Contents Hide US witnessing ferocious winter stormMaryland NewsDead bodies were found in homes, snowbanks and cars amidst the snow. The pre-Christmas blizzard that had paralyzed the Buffalo area in New York and a lot of other portions in the country has finally reached up to 28 in western New York. The authorities had…

Maryland has reached a settlement with the family of Tyrone West after they filed a lawsuit alleging excessive force by police during a traffic stop in 2013. The state Board of Public Works is scheduled to vote on the $400,000 settlement on Wednesday. Attorney A. Dwight Pettit filed a federal lawsuit against Morgan State University…

On Wednesday, Constellium US Holdings II LLC, a European-based manufacturer of aluminum, announced it would move its U.S. corporate offices to Baltimore. The company is in the process of moving workers from its existing offices in New York to its new office at 300 East Lombard Street. By the end of 2018, Constellium plans have…

Chicago, Illinois – A LaSalle County physician admitted in federal court today that he illegally dispensed prescription medications, including opioids, to patients in exchange for cash or sex. In the summer of 2013 Constantino Perales, M.D., illegally prescribed Oxycodone and Xanax to a co-defendant, Andrew Strandell, knowing that Strandell would sell the pills on the…

Deluxe Building Systems, Inc. filed a Workers Adjustment and Retraining Notification with the Pennsylvania Department of Labor and Industry earlier this month. The notice indicates the company will close its Berwick facility at 499 West 3rd Street.