Scientists at Johns Hopkins University and collaborators continue to make process on the development of a method capable of determining the functional age of cells more accurately. This method could one day aid physicians in evaluating and recommending new ways to slow down the progression of some health effects associated with aging and possibly improve treatments, such as predicting prospects of wound healing and skin graft matching.

Biophysical qualities of cells, like structural features and cell movements, are capable of making better measures of functional age compared to other factors, such as cell energy and cell secretions, according to these results.Clinicians and engineers made up the multidisciplinary team that analyzed the dermal cells underneath the skin’s surface collected from females and males between 2 and 96 years of age.

The research team aimed to create a system, utilizing computational analysis. The system would be able to take measure of different factors of both molecular and cellular functions. That information would be utilized to determine the biological age of people more precisely utilizing their cells. Previous studies analyzed cellular mechanisms, including DNA methylation, or relied on gross physiology.

“We combined some classic bimolecular hallmarks of aging and sought to further elucidate the role of biophysical properties of aging cells, all in one study, Phillip said.

Previously, researchers focused on various factors like organ and tissue function and molecular-level studies of epigenetics and genetics. The researchers noted that the level in between–cells-had almost been totally ignored.

To correct that omission, the researchers considered the biophysical attributes of cells that include various factors, such as the cells’ ability to maintain flexibility, move and structure. This focus comes from the understanding that the changes linked to aging at the physiological level “tend to be secondary to changes in the cells themselves, thus advocating the value of cell-based technologies to assess biological age,” the authors wrote.

The ability to more accurately determine the functional age of cells could prove to be helpful for clinicians, allowing them to detect aging in cells before patients begin to experience age-related health decline.

The study was published in the Nature Biomedical Engineering.

Arrest Made In Murder Of Baltimore Attorney’s Stepson – Louis Young 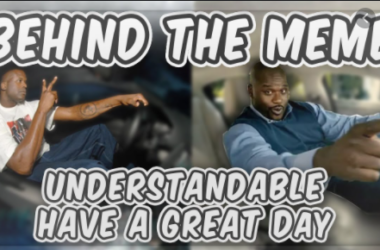 Morningside Maryland Staff : In the world of memes, ‘Understandable Have a Nice Day’ is yet another meme…

A study conducted by researchers at Johns Hopkins University School of Medicine and collaborators reveal that vegetables, especially…

PolarityTE, a Salt Lake City-based biotechnology company, will tackle one of its toughest feats in history, creating technology…