Baltimore Police responded to a reported suicide in the 1800 block of Orleans Street Friday. At the scene, the responding officers located a 33-year-old man who purportedly cut himself.

Preliminary investigation revealed Anita Nicole Jones, 30 and her husband, Christopher Yancey Senior, 33, were at the hospital, because their son was undergoing a procedure. The couple was in a room, when they got into an altercation that escalated with Jones stabbing Yancey in the upper body. Jones emerged from the room, informing the hospital staff that Yancey had cut himself, according to the report.

Despite treatment, Yancey was pronounced deceased a short time later. Jones had already left the hospital and a weapon could not be found at the scene.

Police obtained a warrant for Jones’ arrest after it was determined that Yancey’s wounds were not consistent with a suicide. She was arrested Saturday and charged with first-degree murder.

Real ID Maryland – What To Know 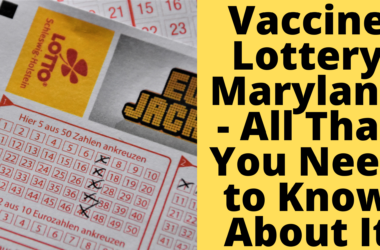 Vaccine Lottery Maryland- All That You Need to Know About It

Table of Contents Hide Why Was the Maryland Lottery For Vaccine Introduced? What Is The VaxCash Promotion All About? Eligibility…