Apple to host its second “online” conference, the Annual Developers meeting, in cooperation with Covid centers

Morningside Maryland : As Apple announced on Tuesday, the Worldwide Developers Conference will take place like every year, but it will also be held online.

Since the event will take place from June 7 to June 11, the number of Covid 19 cases has surged.

The conference is going to shed light on the various technological innovations and their role in shaping the future, focusing specifically on iOS, macOS, iPadOS, tvOS, and watchOS.

Previous years have seen a bubbling, electrifying and enthusiastic audience of 5000 who have attended the similar annual event, except for June last year, when the world was shaken by the coronavirus outbreak.

Apple will broadcast the stream free on its website or in developer apps in order to sensitize the masses and to pass on development second by second.

The Apple event is set to be truly memorable, noting it will include new tools which will play a pivotal role in the world of technology as they literally change the way we work, play, and live.

Apple has always been a favourite among wide section of people with its top notch manufacturing of gadgets.

Apple is aware that a large portion of its business comes from youth whose profound love for Apple is evident to all.

Now, in order to further foster close ties and encourage youth to be a part of this burgeoning industry, Apple is accepting applications from youth who possess exceptional coding skills with the Swift programming language.

This submission is to be used as a part of determining the best and suitable talent for this year’s Swift Student Challenge . The best talent will be featured in an interactive Swift playground.

Essentially, Apple is positive about the conference, as the conference will play an important and necessary role in bringing the app development world, including budding app developers into one place. True, for everyone to succeed in their circumstances is their own reality. The technology has clearly been the winner in recent years. Apple is progressively moving forward that people’s lives will continue to be transformed by using the best technological inventions.

Covid cases in the United States are alarmingly rising, where it is expected that a second pandemic round will hit and if it does it will create a lot of discomfort since a lot of businesses Since last year, pandemics have started again, threatening to shut down the establishment again.

One can only hope that it doesn’t. 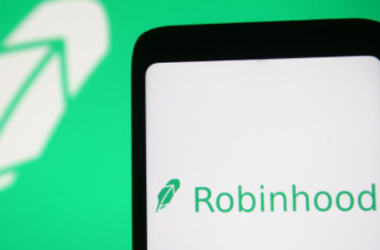 MorningsideMaryland News :The regulators from Massachusetts are demanding the revocation of Robinhood’s broker dealer license as there have…